New York City will no longer have a remote schooling option come fall, Mayor Bill de Blasio said Monday, a major step toward fully reopening the nation’s largest school system and a crucial marker in the city’s economic recovery after more than a year of disruptions caused by the pandemic.

The announcement represents the single most important decision the city was facing on school reopening, and means that all students and staff members will be back in buildings full time. Many parents will also be able to return to work without supervising their children’s online classes, which could prompt the revitalization of entire industries and neighborhoods.

“You can’t have a full recovery without full-strength schools,” Mr. de Blasio said during an appearance on MSNBC’s “Morning Joe.”

New York is one of the first big cities in the country to remove the option of remote learning altogether for the next school year. Gov. Andrew M. Cuomo said on Monday that he expected all schools in the state to reopen full-time in the fall.

As virus cases drop across the country, and with no uniform federal guidance on the issue, officials in each state are weighing their options.

Gov. Philip D. Murphy of New Jersey announced last week that the state would no longer have remote classes come fall. Leaders in Massachusetts and Illinois, along with San Antonio, have said there will be extremely limited remote options.

Education officials in Florida have indicated they will significantly reduce or even eliminate online classes next school year. Gov. Gavin Newsom of California has said districts will have to offer in-person classes this fall, but can also provide remote instruction. Houston, one of the largest districts in the country, will keep a remote option for fall, as will Philadelphia.

While Mr. de Blasio’s announcement eliminated the largest logistical obstacle to fully reopening the school system, he still has to convince hesitant families and staff that it’s safe for schools to return to normal.

This school year, the majority of the city’s roughly one million students — about 600,000 — stayed home for classes. A disproportionate number of the families who chose online learning were nonwhite, a reflection of the harsh health outcomes suffered by Black and Latino families in particular when the city became a global epicenter of the virus last spring.

The mayor also said that teachers and school staff members, who have been eligible for the vaccine since January, will no longer be granted medical waivers to work from home. Nearly a third of city teachers are working remotely, which has forced some schools to offer only online learning, even from school buildings. Some parents who chose remote learning said they did so to avoid the unpredictability of hybrid learning. Their issues will be mostly resolved by the elimination of remote classes.

Last summer, Mr. de Blasio pushed to reopen while the city’s powerful teachers’ union, the United Federation of Teachers, raised a series of alarms about safety issues and logistical hurdles. The union’s resistance drew criticism from some parents, who wanted their children back in class. But now, that union, and the city’s principal union, are on board with the city’s plan.

“There is no substitute for in-person instruction,” Michael Mulgrew, the U.F.T.’s president, said in a statement. “New York City educators want their students physically in front of them.”

Glady Rodriguez, the mother of a kindergartner at P.S. 319 in Brooklyn, said she was relieved by the mayor’s announcement.

“At home they do a lot of things they’re not supposed to do, they sometimes don’t listen to their teachers, you have to sit with them to make sure they’re paying attention,” said Ms. Rodriguez, a bus driver.

She said the widespread availability of the vaccine has allayed her fears of Covid. Now she is thankful for her daughter, Jena, 5, who will be in first grade in the fall, to be in a higher-quality educational environment.

“Everything is going to be better,” Ms. Rodriguez said.

Still, many families are still concerned about the virus. Though reopened classrooms have been relatively safe since last fall, with very low positive test rates and few outbreaks in schools, the pandemic has revealed a profound lack of trust between many families of color in particular and the city school system.

“The idea that we could be choosing home-schooling or charters is offensive to me,” said Tazin Azad, who has kept her three children learning remotely from their home in the Midwood area of Brooklyn for the past year. Some charter schools may offer a remote option come fall.

“How could the city essentially force us back, force us to make a choice that is not acceptable to us?” she said.

New York, like many other districts, has already seen its enrollment drop over the last year, and more parents opting out of the public school system altogether could threaten funding and resources for the district.

Mr. de Blasio said the city would hold open houses for remote parents to tour their school buildings next month. But he said eliminating remote schooling was an essential part of the city’s push to move past the pandemic.

“We’ve got to understand we’re leaving Covid behind,” he said during a news conference on Monday. “We can’t live in the grip of Covid the rest of our lives.” The schools chancellor, Meisha Porter, said she would continue to hold virtual town halls for parents to ask questions about reopening, though she said she believed most parents were eager for full-time classes.

Kyle Bragg, president of Local 32BJ of Service Employees International Union, said the reopening would allow his members who have had to arrange care for their children to continue working uninterrupted as janitors and office cleaners.

“We have essential frontline workers who have been on the job during this pandemic to keep schools clean, safe and sanitized,” he said. “The struggle and challenge has been what they were doing to find care for their children as they were remote learning.”

Commercial landlords have reported that fewer than 20 percent of office workers had returned to their buildings in the city. Some large employers, like the Goldman Sachs investment bank, have called their workers back this summer. But others have said remote work would continue at least until September — with an eye on what would happen with schools.

Mr. de Blasio said the city would not offer any virtual instruction next year, except for snow days, which are rare in New York. The mayor has tried to position himself as a leader on school reopening, especially as other cities led by Democrats delayed their own reopening plans last summer and fall.

Patrick Sprinkle, a high school history teacher in Manhattan, said he was “thrilled” by the mayor’s announcement.

Mr. Sprinkle has a medical waiver to work from home this year, but is eager to return, and believes the city needs to reach out to families directly to encourage them to come back.

“We have to show that the instruction that is going on is inherently superior to what’s going on remotely,” he said.

New York’s school system, like districts across the country, has struggled to make remote learning successful.

Though some students and families have said a remote option has worked for them, and allowed students to focus on classes without distractions, online learning has been frustrating for the vast majority of students and disastrous for others, including many children with disabilities. Mr. de Blasio, who has been criticized for not doing more to improve the quality of online education, has argued that remote learning is inherently inferior, a view shared by many educational experts and teachers.

Justin Spiro, a high school social worker in Queens, said he is extremely concerned about some of the students he hasn’t seen in person since last March.

This fall, he said, “I’ll just be trying to walk into every classroom, every hallway, reading the kids, to rebuild those relationships.”

It has also been extraordinarily complex for the city to run two parallel school systems, one in-person and one online, with many students switching between the two every few days.

For the past few months, Mr. de Blasio had been saying that he expected the city to keep some kind of remote learning option for the fall. But he and his aides changed their minds in recent weeks, he said during a news conference, as virus rates plummeted throughout the city and children 12 and above were made eligible for the Pfizer-BioNTech Covid-19 vaccine.

On Monday, the city’s average positive test rate dropped to just over 1 percent, the lowest number since last September. Roughly four million New Yorkers have had at least one vaccine dose, including thousands of children.

The city is not yet requiring eligible students or staff members to be vaccinated before they return to classrooms this fall, and just under half of educators have not yet gotten the shot. If many more teachers are not vaccinated by September, it could undermine the city’s reopening plan and the mayor’s promises about preventing outbreaks.

Mr. de Blasio said all students and adults would have to wear masks in schools this fall, in accordance with the current guidance from the Centers for Disease Control and Prevention. But he said that requirement could change if the C.D.C. loosens its guidance.

The mayor also said he expected the C.D.C. to drop its current rules on keeping three feet of distance between students in classrooms before the start of the next school year, though he added that the vast majority of schools could fit all students even with social distancing.

Along with bringing students back to classrooms, some families say the city should also do more to address so much of what wasn’t working well for vulnerable children before the pandemic, including segregated schools, large class sizes and poor infrastructure.

“When the pandemic hit, we thought this was really the wake-up call for us to do better, to really restructure the system,” said Shino Tanikawa, a parent activist in Manhattan. “I don’t see that happening.” 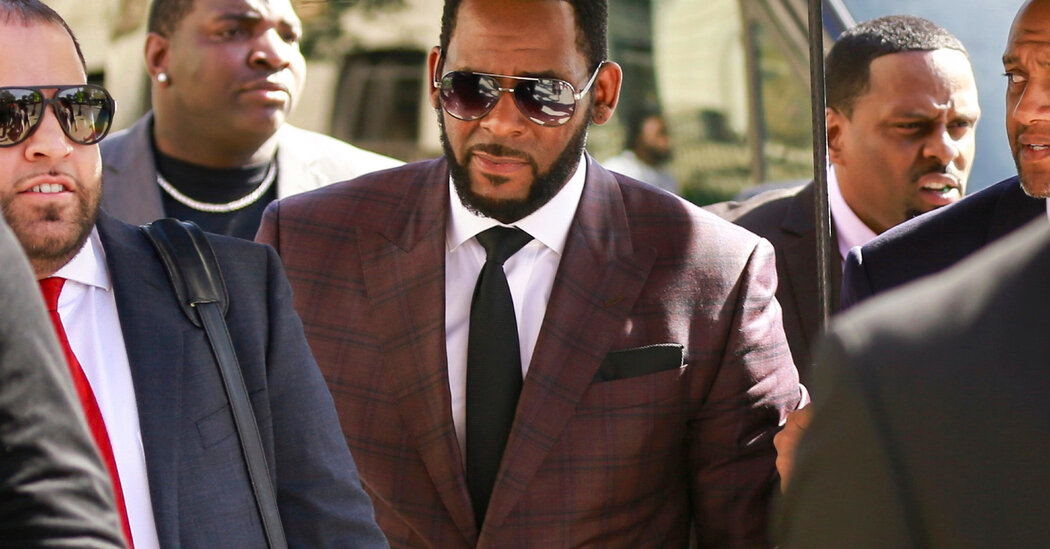 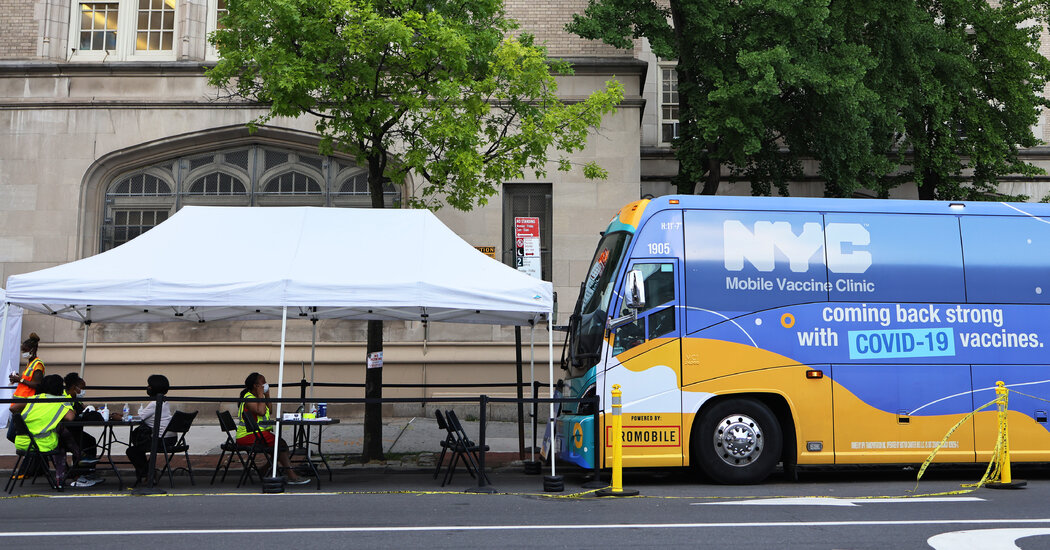 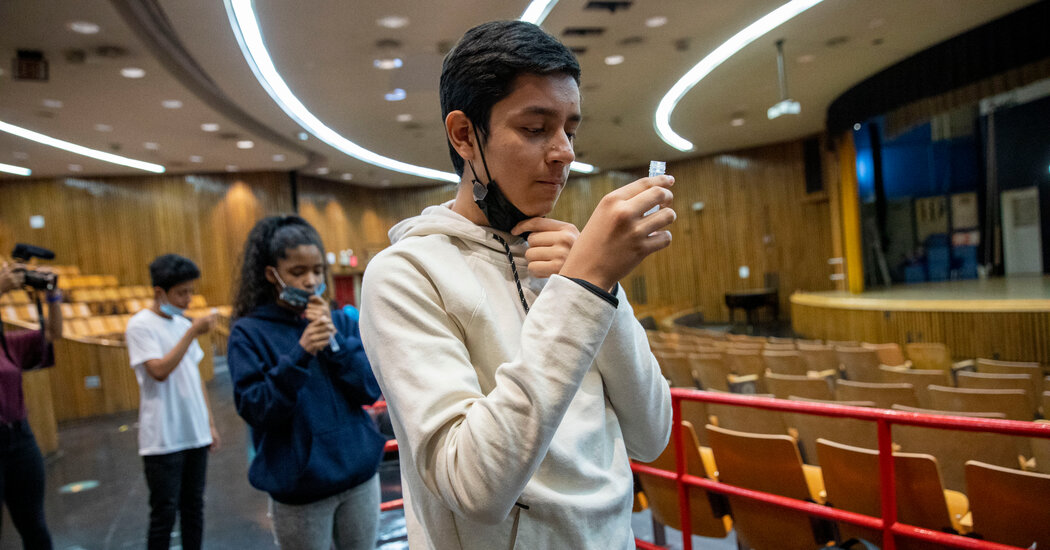 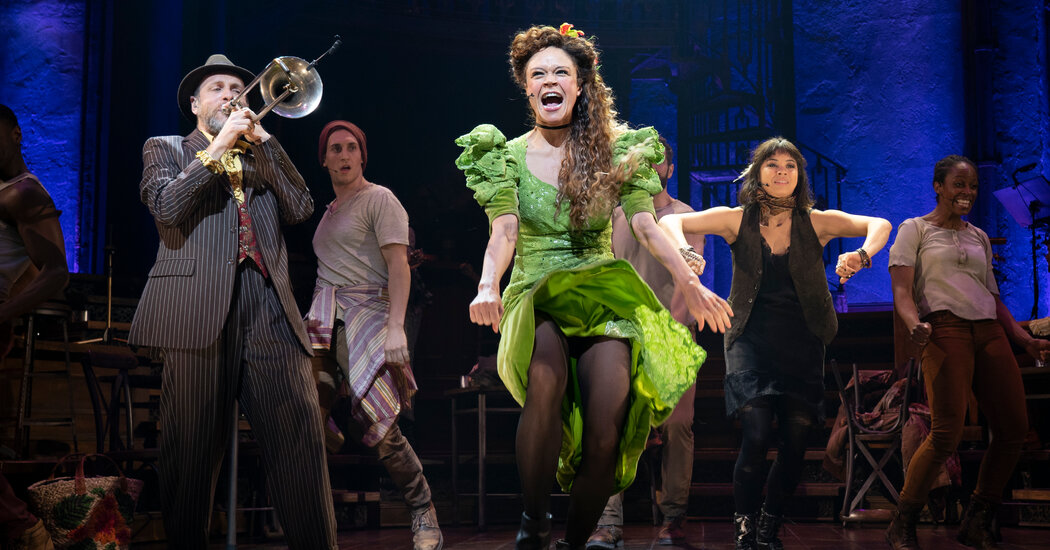