In 1983, Robert Bresson won the best-director award at Cannes for “L’Argent,” his final, Tolstoy-inspired feature. It follows the journey of a counterfeit bill that acquires a metaphysical significance. The sin that began with the printing and passing of the bill never goes away; the banknote simply brings trouble wherever it travels.

Asghar Farhadi’s “A Hero,” showing in competition, is not on the level of “L’Argent,” but it is cut from the same thematic cloth. It’s also his best film since “A Separation,” which won the foreign-language Oscar for 2011.

All the problems in “A Hero” trace back to an instance of usury. The movie opens with Rahim (Amir Jadidi) being granted a two-day leave from the Iranian equivalent of debtors’ prison. We learn that Rahim had once borrowed money from a loan shark, and that Bahram (Mohsen Tanabandeh), who considered Rahim family, repaid the debt with a bond check. Bahram has tried to recoup the money from Rahim ever since. Eventually, he filed the complaint that led to Rahim’s incarceration.

To avoid going back to prison, Rahim needs to square things with Bahram, who is loath to settle for less than what he’s owed. But the woman (Sahar Goldoust) whom Rahim has been seeing—a divorced father, he has to keep the relationship quiet—has found a handbag with gold coins in it. And while it’s not Rahim’s first choice of action, he follows through with a plan to return the handbag. Simply for doing the right thing, he is hailed a hero.

Now facing public pressure to go easy on Rahim, Bahram is skeptical that Rahim suddenly developed an altruistic streak. He’s correct—and not alone in that assessment for long. As Rahim runs into difficulties trying to explain his motivations, while still trying to hide anything that might make him less sympathetic, and also stretching the truth at others’ request, it becomes clear that the movie isn’t about money at all. The true currency it’s concerned with is reputation—a stock that can rise and fall, that can be restored with a well-played TV appearance or be squandered with the exposure of a falsehood.

And like the sin embodied in the bill in “L’Argent,” reputational damage is contagious. There comes a point when Rahim’s intentions are irrelevant, when his own fibs are not enough, and when others must be compelled to lie for him. Even his son, who stutters, gets caught up in the calculations. The moral is not that no good deed goes unpunished; it’s more that no good deed should be expected.

Classic Farhadi, “A Hero” unfolds as a welter of complications and counter-complications, and while his style isn’t showy (or new for him, from a formal standpoint), there’s a true elegance to the way he leads the viewer through a maze of moral complexities and comes out the other side, just at a point when there seems to be no exit. The final shot is perfect: Not only does it evoke the way the movie begins, but it also captures so many of the movie’s ideas about family, honesty, and the difficulty of blotting out a dark stain.

As I’ve mentioned before, the Cannes programmers seem to enjoy giving each day of the festival a theme. Holding the premiere of Farhadi’s film, which on one level is about deception, right before the premiere of an adaptation of Philip Roth’s novel Deception (1990) is on-the-nose even by their standards.

Notwithstanding the acclaim for the HBO miniseries version of “The Plot Against America,” Roth’s books have generally not made for good movies; so much of what made him distinctive as a writer had to do with the specifically literary flow of his novels rather than their plots or their potential for visualization. In a way, the director Arnaud Desplechin’s decision to film “Deception“ in French, not English, shows that what doesn’t translate about Roth to the screen isn’t rooted in language.

But the French dialogue does create a degree of cognitive dissonance; in some ways, it highlights affinities between Roth’s moral explorations and those of Éric Rohmer. The movie unfolds as a series of conversations between Roth’s surrogate, a Jewish-American writer living in London named Philip (Denis Podalydès, with Rothian hair), and various others, principally an Englishwoman (Léa Seydoux) who repeatedly meets him in his writing studio for an affair. In her thirties, she is nearly three decades younger than he is. Like him, she is married, and her way of hiding the affair from her husband is not to lie about it but to treat it as a joke.

The assorted others in the movie include Philip’s wife (Anouk Grinberg), who in the book was seen as a stand-in for Claire Bloom; a former student of Philip’s (Rebecca Marder) with whom he also had an affair; and a friend (Emmanuelle Devos) in New York who is dying of cancer.

And again, despite the characters’ being English and American, all of their conversations—on such topics as anti-Semitism in Britain—are in French. The Englishwoman’s attraction to Philip seems to be as much a matter of gamesmanship as of sex. I haven’t read Deception, but judging from reviews, this adaptation is quite faithful, down to a scene in which Philip is put on trial for the way he writes about women. The metafictional conceit of the book—whether the “deception” of the title refers to the lies that enable the affair or instead to the author’s deception of the reader into believing untruths—doesn’t come through as clearly in the movie.

But on the surface, that concept would seem ideal for Desplechin, who delights in breaking the fourth wall (his “Esther Kahn” is one of the great movies about a stage actress). Still, apart from his signature irising, I’m not sure I detected much of a personal stamp. “Deception” is nevertheless uncommonly elegant as Roth film adaptations go, even if they probably shouldn’t be attempted at all.

Lastly, I’m going to wimp out on saying too much about the competition entry “Petrov’s Flu,” a two-and-a-half-hour miserablist phantasmagoria from the Russian director Kirill Serebrennikov. (Curiously, like Sergei Loznitsa’s “A Gentle Creature,” a two-and-a-half-hour Russia-set miserablist phantasmagoria shown here in 2017, it is framed in an ultra-wide aspect ratio, perhaps 2.66:1. Is this a trend?)

Based on a 2016 novel by Alexey Salnikov, the film broadly concerns Petrov (Semyon Serzin), who indeed has a flu (at the Lumière theater, with its giant screen, we could only hope our masks protected us from his prodigious coughing), and his wife (Chulpan Khamatova), who seems to be part librarian and part angel of vengeance. In certain scenes, her eyes turn inky-black before she beats someone bloody or imagines slitting her son’s throat.

With incredibly elaborate long takes and a narrative that moves without signposting between fantasy and reality (and even into a tangential story), “Petrov’s Flu” is exactly the kind of ambitious epic that Cannes ought to show. But paradoxically, because it’s so demanding, it also the type of film that is almost impossible to absorb on a diet of three to five movies a day.

What’s most noteworthy about the film might be what’s offscreen: When Serebrennikov’s “Summer” played at Cannes in 2018, the director was under house arrest after accusations that he had committed embezzlement. Internationally, the charge was seen as a concocted, targeted attack on artistic freedom in Russia. Serebrennikov is no longer under house arrest, but his travails continue. 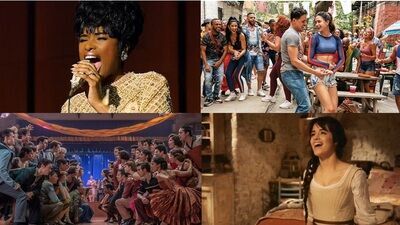 We Can Sing Again: Nine Movie Musicals Coming Out in 2021 | Features 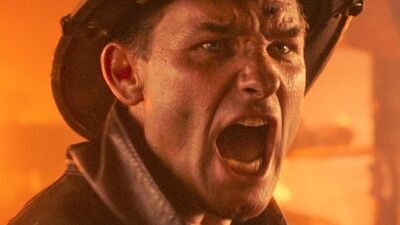